The zen of online gaming: A line in the sand


There are dark currents moving through the world of online gaming. I do not mean casinos, I mean companies like IGE (no link provided, now or ever) that broker the sales of ingame data. Today, I went to the official Lineage II forums and posted this:


Cindy Bowens on the secondary market
One Vanguard fansite takes a stand
With these two links I am risking losing my privilege to post on these boards, but hopefully I will still be allowed to play. Make no mistake, I fully understand and accept the risk I am taking.
This is not a "conspiracy theory". These are facts. IGE has been approaching both companies and fansites in an effort to extend their reach into the gaming world and legitimize their brokerage of game data sales. This is not X-Files. This is being talked about at Terra Nova and other major academic sites. This is no longer smoke and mirrors.
IGE has drawn a line in the sand. There is no longer any fence sitting. Players, developers, website builders, all of us must choose which side of this debate we are on and be prepared to fight for what we believe in.
I stand opposed to any and all efforts to exchange ingame data for real life cash. No quarter, no prisoners taken, and no surrender. There can no longer be any waffling by we the players, or by the developers. I will not support any company that supports IGE. When this finally hits the courts, if IGE walks away with the prize I will no longer play online games.
We cannot allow the cheaters, the shortcut takers, and any others who treat legitimate players as mere background objects in their quest for ever greater egocentric self-gratification to dominate our games.
My friends, my enemies, my fellow players, and yes, even the staff at these official forums, I ask you,
Where do you stand?

I am so angry now I can barely type. Nothing in all my years of dealing with the worst humanity has to offer has prepared me for this outrage. The depth of hypocrisy, the attempt to hijack the American legal system for self-aggrandizement, the sheer ego of Brock Pierce in his drive for self-justification is so enraging I cannot see straight. While the mainstream press wallows away with elections in Iraq and the petty tyranny of Syria and North Korea, black-hearted Americans are eating away at the very fabric of our society!

Games and how we play them define who we are. The way we play determines the values our society holds dear. In play we open ourselves fully and the reality of our personal priorities pour forth for everyone to see. This is why cheating is always frowned upon and always dealt with quickly and severely. Cheating in any form derives from the same source: the cheater assumes they are morally superior to their fellow participants and therefore above the rules governing everyone else. Cheating dehumanizes your fellow players and reduces them to mere props in your personal quest for self-congratulation. Cheating is the first, foremost, most visible, and earliest sign of lazy thinking, sociopathic egocentrism, and elitist arrogance.

When it reaches into intellectual property rights it is also illegal. Pierce Brock should have been jailed a decade ago when he founded IGE, and he knew this, so he founded it overseas and put its corporate headquarters in Hong Kong. He deliberately put himself outside the laws of his homeland in order to better facilitate his fleecing of the American people! Now, after a decade of being allowed to treat the legal system of the United States of America as his personal playground, he has begun taking steps to legitimize his illegal, immoral, and completely self-centered pursuit of black market money!

IGE has drawn a line in the sand. The gauntlet has been thrown down. Whoever you are, wherever you are, please, take a stand now and do not support IGE or any company that supports IGE through any means.

This is a cancer that is eating at the heart of our modern civilization. This is exactly the kind of presumptive arrogance that leaves the disadvantaged feeling impotent in the face of our modern world and forces them into terrorism as the only way for their voices to be heard. The greatest problem facing our world today is not Islam, it is hypocritic self-serving business people from modern, industrialized countries.

The battle against greed and arrogance is the real battle we should be fighting. The backdoor maneuvering of IGE is but one example of this widespread presumptiveness. It drove the executives of Enron and Worldcom, it drove the inside trading of Martha Stewart, it raises its foul head every time you cheat the IRS out of ten dollars on your tax return. If we cannot personally live in an ethical manner, if we cannot demand good ethics from every private and public organization in our society, then friends, we will follow the Roman Empire into the history books until we too are nothing more than a dead language and a handful of half-forgotten myths.

And that is the real lesson of history. 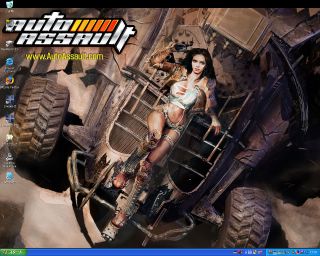 For the past half-century America has been defined by the automobile. "Fast cars and fast women" has become such a cliche that feminists themselves don't even pay attention to it anymore. Hollywood has given us dozens of movies based on automotive culture. Everything from the melodramatic and immensely captivating American Graffiti, to the corny, comical, and rather boring Convoy. Need I mention the wacky and forgettable Death Race 2000? By the way, that one somehow managed to engender such a solid core of fans that it even made the leap into gaming with the unlovely title of "Carmageddon."

Don't misunderstand me! At heart, I am a hardcore car nut. My first car was a lowly Ford Pinto and like all virgin loves, I still believe it was one of the most beautiful cars Ford ever produced. Sheepishly, I must also admit that my first college degree was an AOS from DADC and I am ASE certified in nine different fields. Unfortunately, at the time I graduated from DADC journeyman mechanics were accepting apprentice wages and the entire industry was shifting from shops that repaired anything to convenience-store style national chains offering lube jobs and tune-ups. What I really wanted to do was get into either racing or customizing, but none of those shops in Denver were hiring either. Lacking realistic work options, I came back to Japan and have been here ever since.

Well, at least I get to wear a suit and tie. Of course, my fingernails are no longer black with grime and my knuckle scars have mostly faded away as well, so I suppose it's not a bad life, but sometimes when I arrive at the office and unlock the door I really miss the smell of old hydrocarbons and burnt coffee. A sterile modern office just doesn't have the same effect.

Then one day last week I stopped by the NC Soft website and noticed the passing mention of a new game: Auto Assault.

Eh? A car-based online game? No dragons? No elves? My, how interesting.

If this game succeeds, then NC Soft will be holding the rights to the two most innovative games in the online world today, Lineage II and Auto Assault. As a matter of fact, when you consider that City of Heroes with it's Marvelesque theme and Guild Wars with its instanced dungeons are both also part of the NC Soft portfolio, then suddenly it becomes apparent that they are holding every truly unique game in the adventure-oriented MMORPG market.

Now all they need is a wild west franchise and they'll truly have covered all the bases. But in the meantime, I am patiently waiting for the Auto Assault beta test to start and trying very hard to keep my expectations realistic. There are a million things I would like to see, but very few of them are realistic.

In my never humble opinion, Auto Assault was the beginning of the end for NC Soft. With this game they had a golden opportunity to redefine how the world plays games and they threw it away. Part of the problem was a huge uproar in South Korea over how NC Soft handled customer relations. That uproar resulted in riots outside their headquarters, vandalism to their facilities, and tens of millions of dollars (well, South Korean "won ₩" actually) in new physical security requirements. They also lost a huge amount of money when a Chinese programmer got fired, taking with him copies of both the client and the server software for Lineage II, which he immediately dumped into the Open Source world. Nonetheless, Auto Assault could have pulled them back from the brink and launched them into a new future where they would have commanded all the best adventure titles on the market.

Unfortunately, they never really gave it a chance. There were many problems with the interface and playability of the game, all of which came out during beta testing and were discussed endlessly. Some of them where fixed, but some of the most egregious were left to fester. Most importantly, character movement inside the towns was slow, torturous, and almost impossible. Clan and party interfaces were bulky and unmanageable, often obscuring vital areas of the player's combat view at critical moments. Naturally when these issues went live it had a detrimental effect on their ability to gather players. New players would jump eagerly into the free trial and leave within a few days without bothering to drop by the forums and complain. Patches in the first six months after release fixed many of the problems but right at the point where the game became both enjoyable and easy to play, they cancelled it.

NC Soft has been floundering ever since. Guild Wars does okay and despite the turmoil, in South Korea Lineage II is still huge. However, the rest of their global market has mostly passed to World of Warcraft and Eve Online. Apparently Blizzard's customer service is good enough to keep the vast majority of online players happily killing rats and wolves while the techno-wannabes don't mind sailing around as a disembodied space ship in search of resources and pirates.