One of these days I need to develop the discipline necessary to make regular entries. Somehow I suspect that won't happen in this lifetime.

Speaking of lifetimes, this past year my view of life has shifted from deep discontent to a kind of mild happiness. Nothing really elating, mind you, but the last few months has seen a scary sort of contentment settle over me that I am completely unaccustomed to. The first half of the year or so was as depressing as life in Tokyo ever gets. There was nothing really wrong with my life, I just felt isolated, alone, cut off from the world, and found myself unwilling to exert any effort to change the situation. The low point came when the Magic: the Gathering player group I meet with on Wednesdays changed its character from a casual, nobody wins, nobody loses league into a group clearly divided into a hypercompetitive clique bent on winning and an experimental clique interested in just about any game except MTG!

Naturally I drifted away from them and began spending ever greater amounts of time playing MMORPGs. City of Villains has been my virtual home for two years now, and if you include time spent in City of Heroes, it's getting close to three years. Despite a series of quality of life improvements, it still isn't as beautiful or as compelling as Lineage II was before the PK crowd killed it for me, but I still love the character creator and still spend far more time creating and deleting alternate characters than actually playing my "main". Now that Issue 11 has come out, I've started a new main character. I call him "Brian Winternight". He's a dual-scimitar weilding Brute with Willpower defense (two new powersets that I just love!), a nappy vest and pure white ponytail.

When Issue 11 went into Closed Beta testing on the test server, I was surprised to find myself with an invitation, so I logged it, tried it, and immediately fell in love with the new powersets. Anticipating that the time had come to break my connections with Villainous Vixens, I had one of my low-level characters form up a new Supergroup called Shandarian Nights and over time moved all of my existing characters on that server into the group. There weren't many, because I quickly delete most characters I make in a vain effort to keep myself focused on my main character. Once the new group had taken shape, I decided that the Supergroup founder (named David Greyhawk) would be my main character until Issue 11 went live.

Things are rolling right along now. Issue 11 has gone live and my new Brute is in the group and doing well. I've managed to assemble a small cast of other players who are often online at the same time I am. All in all, my CoV time has become so rewarding that I broke down and started a second account to make it easier for me to transfer items and infamy around. The new account only has heroes on it at the moment, but eventually that will change.

In addition to things going well ingame, out here in the real world things are also working well. Last September Kazuko and I took the kids to Europe. They went expecting to have a blast and came back deeply disappointed. I went expecting to be disappointed and came back utterly ecstatic! Our first stop was Paris so we could visit the Louvre and I was thrilled to learn that almost all of the Summerian artifacts I have been reading about for the past ten years are in the Louvre and on display! Clay seals, stone boundary markers, statues of kings, everything imaginable except the Ishtar gate, and it they have a diorama of!

I also found some specialist museums in Paris that host a dizzying variety of medieval arms and armor. I never imagined there was so much variety in armor and sword design. Every single knight, it seems, went out of his way to insure he stood out on the battlefield even when surrounded by his peers.

In Milan we spent most of our time shopping, but I was able to slip into half a dozen museums and climb up to the top of the Duomo. One of the most interesting museums featured a huge collection of musical instruments, especially stringed instruments and keyboards. I never imagined there were so many different kinds of pianos! And mandolins! Oh, my goodness! Mandolins in all shapes and sizes with pearl inlays, laminated bodies, gold trim, and so on! Who knew music could look so beautiful?

We even took a day trip to Venice, and just that one day alone was enough for me to feel the trip had been completely worthwhile. When added on top of everything else, this was hands down the most enlightening, entertaining vacation I have ever taken. In nine days I must have visited half a hundred museums and saw first hand works of art and history that up to now I could not even imagine.

For some reason the only things my family noticed were filthy subway stations, dirty streets, and way too many beggers for a modern, industrialized economy.

I don't know. Ever since we got back from Europe I have been feeling warm and content. I still hate Tokyo's overcrowded transportation network and nearly constant smog. What passes for weather here is a sometimes endless stream of dreary, cloudy skies of brown on grey. One or twice a year the wind blows away the smog (usually because of a typhoon) and a deep blue sky appears, but within twenty-four hours it's as dense as ever, the cloud pack has returned, and I once again absolutely hate poking my head outside the door. The last few months, however, none of that has mattered.

The scary part is my life history is not kittens and cotton candy clouds. Most of my life has been a constant, unending struggle to keep my relationships peaceful, meet the needs of those around me without neglecting my own, and find something productive that I could both do well and enjoy. So is this past few months merely the calm before the storm, or has my life finally taken a turn for the better and from here on out things around me will stabilize at a reasonable level of calm content?

I'm expecting the storm to break hard and fierce any day now. I can feel it hovering on the edge of certainity and I'll be honest, despite the storms I've already weathered, this one feels like it will be the worst one ever. There's a storm coming, alright. I can feel it. It's gonna be bad, it's gonna hit sudden, and it's gonna drive the memory of the past few months right out of mind.

I hope to high heaven I'm just being paranoid, but you know what they say, "just because you're paranoid doesn't mean they're not out to get you." 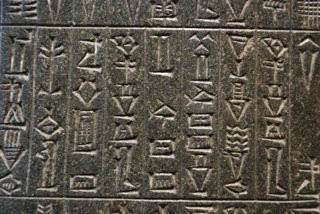