Not so very long ago, there was no internet and no cable television. Finding information about anything at all took long hours digging through card catalogs in a local library, searching the shelves of a bookstore, prowling the home libraries of friends, or interrogating busy work people who had better things to do than answer stupid questions. Even if you managed to find a book or magazine article, verifying genuinely new facts was nearly impossible. It took endless errors, experiments, failures, and embarrassment to test out a novel scientific theory for yourself in order to learn if it was realistic. Our older siblings and cousins were Baby Boomers, our younger siblings and cousins were Generation X, but my generation was never labeled. We were lost in the foggy generational valley that fell between the violent radicalism of the Baby Boomers and the callous cynicism of Generation X. We couldn't find jobs because the Baby Boomers swallowed them all. We had trouble getting financing for building our own companies because Generation X soaked up resources of venture capitalists as they went crazy inventing virtual reality, the internet, computers, portable music players, and pocket telephones. Some of us managed to fight through all of that and create small financial successes of their own, but not many of us, especially compared to those generations before and after us. My generation has grown up confused, seeking answers but never finding them, one step behind the curve or one step in front of it, carried along in a cultural and economic trough that never defines us and always leaves us trapped.

This unending sense of being disconnected from our world is one of the reasons my generation has given American politics its two most fundamental, groundbreaking, and shattering movements since the American Civil War. The Baby Boomers gave us abortion, free love, drug addiction, and communism. Generation X gave us the Lehman Brothers shock and two wars in the Middle East. My generation first gave the world Ronald Reagan sweeping into office on the backs of the Moral Majority, and now the Tea Party rising up in response to both the wannabe dictatorship of G.W.Bush and the near dictatorship of Barack Obama. We're pissed and because we're pissed, we're pointing this great nation back to its founding principles by reminding both our communist older siblings and our cynical younger siblings that there is more to this country than greed, reality television, fast food, and crappy movies. People from both the Baby Boom and Generation X are finally beginning to get the message, but that is not the most encouraging aspect of American politics today. The most encouraging thing I see in American politics here and now is dozens of young leaders using the internet to access mountains of information the likes of which my generation never even imagined. They tunnel through the endless junk piles of porn and conspiracy theories until they break through to find real facts and real-world applications for those facts. It is inspiring to see young people discovering the truth and demanding more of it.

What inspired today's post are two photos I pulled off the Facebook feed of a young woman named Holly Fisher. Surely by now you know who she is? I introduced her just a few days back in this post: "Holly Fisher vs. Reem Al-Riyashi." Holly Fisher is much younger than I am. Her generation fought the wars that G.W.Bush got us into after Al Qaeda destroyed the World Trade Center on 9/11. For over a decade, brave American men and women went to Iraq and Afghanistan and showed the world that Americans can still kick ass better than anybody on the planet. The Baby Boomers screamed that these brave young people were stalling their utopia while Generation X mumbled and grumbled about how bad war was for business. Wise beyond their years, the men and women of Holly's generation ignored both groups and fought with everything they had to counter Islamic terrorism, the most dangerous social movement to arise since the National Socialist Party captured Germany. Unfortunately, Barack Obama replaced G.W.Bush taking America from one of the strongest, most aggressive presidents in history to one of the most spineless, disinterested presidents in history. My generation not only gave the world the Moral Majority and the Tea Party, we also gave the world Barack Obama. As I said, confusion in all things marks my generation more than any other quality.

But from confusion comes courage. We might not have Donald Trump or Steve Jobs in our ranks, but our insistence on patriotism has inspired young Americans to buy more guns than any generation has owned since the days when the Peacemaker and Winchester lever action both came chambered in .44-40. Not only are they buying guns, but they are also standing up for what is right in the face of massive cruelty and social stigma from both Generation X's greed and the Baby Boom's incessant need for total control. My generation gave America the Moral Majority and the Tea Party, but it is Holly's generation that has picked up the flag and determined to carry it into the future. Below are the two photos pulled from Holly's Facebook feed, along with a third pulled from Aplus.com several months ago. These three photos fill my heart with an optimism I have not felt in decades. If the social trend they embody continues to gain steam, if people like Holly Fisher can take over the reins of cultural leadership, then perhaps I will live long enough to see both my nation and my entire world healed of the damage done by the utopian dreams of the Baby Boomers and the cold-hearted greed of Generation X. 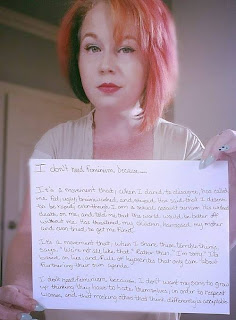 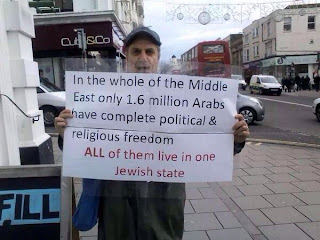 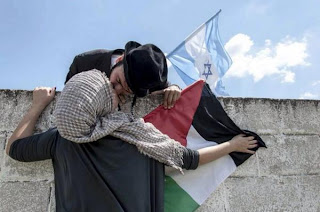 Posted by Brian K Miller at 7/28/2014 05:58:00 PM Links to this post
Email ThisBlogThis!Share to TwitterShare to FacebookShare to Pinterest
Labels: fighting back, globalization, politics, tolerance


"Blessed are you when people insult you, persecute you and falsely say all kinds of evil against you because of me. Rejoice and be glad, because great is your reward in heaven, for in the same way they persecuted the prophets who were before you. You are the salt of the earth. But if the salt loses its saltiness, how can it be made salty again? It is no longer good for anything, except to be thrown out and trampled underfoot. You are the light of the world. A town built on a hill cannot be hidden. Neither do people light a lamp and put it under a bowl. Instead they put it on its stand, and it gives light to everyone in the house." - Matthew 5:11-15

The light and salt have gone from Mosul. The world is about to learn what happens when Christianity is removed and darkness descends. 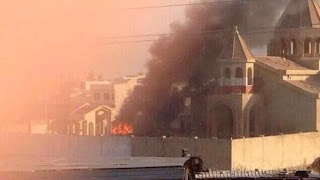 
Posted by Brian K Miller at 7/23/2014 07:14:00 AM Links to this post
Email ThisBlogThis!Share to TwitterShare to FacebookShare to Pinterest
Labels: christianity, insanity, politics, prophecy, religion, terrorism


One of the many proverbs my parents taught me was, "Don't judge a book by its cover." The core idea is that we can never tell the true nature of a thing by the look it presents to the world. Butterflies are beautiful, harmless, and vital to the successful procreation of countless trees, flowers, and other plants. Lionfish are beautiful, deadly predators, and also cannibals who sometimes devour the offspring of same-species competitors. Both species, one of the air, the other of the water, are so colorful that small children and unwary adults are prone to reaching out and touching them. Handling a butterfly dislodges delicate scales from its wings which can cause it to lose the ability to control itself in flight. This can render it unable to feed, leading to a slow, lingering death by starvation. Handling a lionfish will result in a powerful, potentially fatal toxin being injected straight into the bloodstream by the sharp spines decorating its body. The lionfish will survive, but the person who handled it will have nausea, sharp pains in their arms and legs, difficulty breathing, and may even experience partial paralysis in the limb that received the initial injection. Death is rare in healthy adults, but common in children, the elderly, and anyone with a weakened immune system.

Being able to recognize that two similar things, such as King Snakes and Coral Snakes, can be dangerously different is an important skill to develop. The only way to develop this skill is through research and study. Picking up two similar books will often reveal dramatic differences in content and style. The only way to determine which book you need to learn the difference between King Snakes and Coral Snakes is to pick up each book independently and examine it in detail. Assuming a similar appearance will create a similar experience is a very dangerous way to go through life. Everyone should understand this. It should be common sense because it is vital to a person's ability to survive. That is why over-generalizations like the one in this picture completely blow my mind:

Do I really need to go into each woman's public background and image in order to reveal the differences? Would it not make more sense to recognize immediately that although the surface is similar, the potential for violence is probably much different? Both women have a similar pose, both women hold a rifle, and both women hold a holy book, but that does not mean that both women are dangerous, violent extremists waiting for an opportunity to kill as many innocent people as possible. Naturally, judging strictly by the side-by-side photos it is possible that both women hold the same destructive potential, however, it is not realistic to immediately assume this is true. Just like with King Snakes and Coral Snakes, or Butterflies and Lionfish, to determine accurately which woman is a dangerous religious radical destined for terrorism requires something more than just looking at a picture of them side-by-side. If you immediately jump to the conclusion that both women are on the verge of shooting up a shopping mall, bombing a pizza place, or kidnapping young women to sell them as sex slaves, then you are deeply prejudiced and you are part of the problem with the world today.

If you want to be part of the solution instead of part of the problem then you are going to have to do some research. I suggest you start here:

Posted by Brian K Miller at 7/13/2014 11:41:00 AM Links to this post
Email ThisBlogThis!Share to TwitterShare to FacebookShare to Pinterest
Labels: christianity, globalization, guns, tolerance