I watched the debate the other day along with 84 million other people around the world. Personally, I thought Donald Trump won the first half-hour while the remainder of the debate consisted of the two candidates each looking foolish spouting the same old lies they have both been telling for six months now. I spent some time trying to come up with a nice blog post analyzing the strengths and weaknesses of each candidate's debate performance, but considering how badly they both did in the latter two-thirds, I decided it wasn't worth my time. Supporters of each candidate are still supporters, undecided voters are still undecided. Nothing changed, of that I'm certain. So instead of a long, detailed analysis, I decided to just repost some internet memes I've made over the past couple years. These make my point much better than words. After all, stating the obvious is clearly the theme of the 2016 presidential campaign. 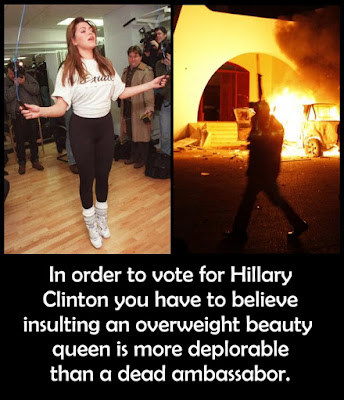 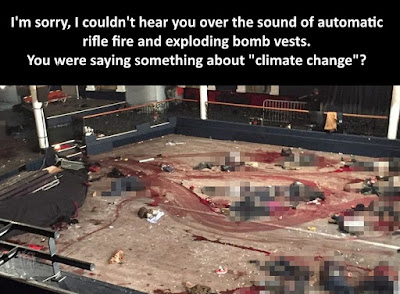 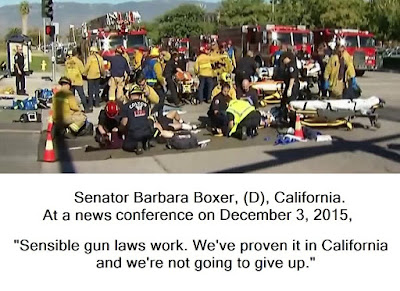 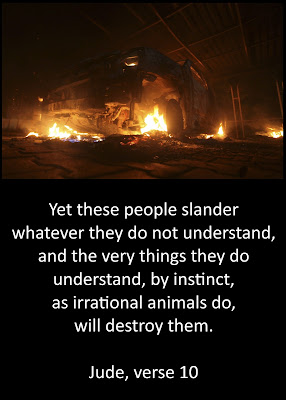 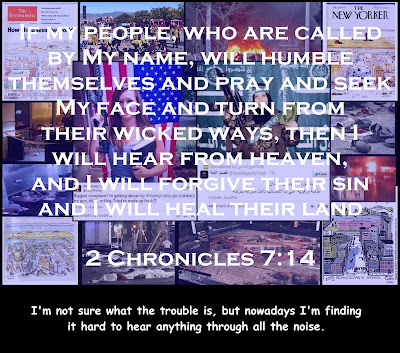 Posted by Brian K Miller at 9/27/2016 10:15:00 PM Links to this post
Email ThisBlogThis!Share to TwitterShare to FacebookShare to Pinterest
Labels: chaos, politics, terrorism

Tokyo Game Show 2016 and the future of MMORPGs

I was at the Tokyo Game Show 2016 on Sunday. Microsoft and Nintendo were nowhere to be found, but neither did they seem to be missed. VR was a major theme this year with dozens of companies large and small offering both hardware and games. I must have seen a dozen different styles of headset. Mobile gaming was also a huge part of the show, despite frequent news reports to the contrary. Many of the indie publishers who were there were supplying promotional materials and walkthroughs for mobile games rather than console games or PC games.

The most popular booths among attendees were Mobile Strike, Wargaming.net, Final Fantasy XV, and the hundreds of games featuring female anime characters in various styles of unrealistic yet very seductive armor and robes. Sega was a popular booth with a new yakuza themed title, and of course, Resident Evil was packed solid all day long. A VR game called, "Circle of Saviors", offered by a smaller company called PD Tokyo, was also extremely popular among attendees.

The only game in the entire show that might qualify as a MMORPG was Final Fantasy. Many of the MMORPG-style games based here in Japan that were expected to be present with new material were nowhere to be found. World of Warcraft had a booth, but the emphasis of Blizzard seemed to be on their mobile apps rather than the stalwart and aging MMORPG. The booth was nearly empty all three times I went by it. Many of the new games that are seeking to capitalize on the massively-multiplayer portion of the market were not roleplaying games at all. They were either FPS style games or battle arenas in various flavors with bits of social tools tacked on.

Before Sunday, I was not convinced that VR would actually be able to find a market. Now, I'm beginning to question that assumption. All of those offerings clearly imply that companies both major and minor are expecting most of us to be donning headsets within the next year or so. Likewise, interest among attendees was through the roof. All of the VR experience opportunities had stopped taking reservations within half an hour of the doors opening. Every single one, even the most minor indie studios.

A lot of work is going into developing a small number of new MMORPG-style games. In order for those development teams to reap some kind of genuine financial reward, a new market model is going to have to be developed. The entire gaming industry is leaping forward into mobile gaming, VR, and AR, and away from massively-multiplayer roleplaying games. It does not matter how any of us personally feel about this shift, it is real, it is happening right before our eyes, and it is going to accelerate relentlessly as hardware and software advance to meet the rising demand.

My proposal, which in several game forums has been met with disbelief and (in a few cases) ridicule, is for MMORPG-style games to stop offering public servers. Hardware maintenance and bandwidth costs are not cheap and are unlikely to decline in the coming years since both are labor-based cost figures. (Yes, real people work tirelessly to maintain the infrastructure that makes the internet possible and those people expect to be paid.) Off-loading that cost onto the users through establishing a gateway for private servers with public access rather than an official public server seems to me the simplest, most straight-forward solution. Authentication is provided through the gateway, but the bandwidth is the responsibility of the private server administrator. Since a full suite of UGC tools has become a standard feature offered along with new games, it is very likely that over time each of these private servers would take on a unique, highly individualized character.

A base package (the initial game) with a basic game environment, server environment, security package, UGC tools, and some form of documentation would remain the core product. To generate additional revenue companies would offer expansion packages that feature additional enemy groups, locations, buildings, props, unique player-character costume sets, and so on. Private server admins would purchase the ones they felt best improved their individualized game environment. Under this concept, the game companies themselves are no longer responsible for designing storylines and quest trees in future expansions, but rather with providing the assets which private server admins use to create their own storylines and quest scenarios. Naturally, if they wanted to, there would be nothing stopping a game company from offering expansion packs with new storylines and quests. I'm merely suggesting that it would not be expected in the way it has been with past MMORPGs. Game companies can also generate revenue through official licensing of comics, novels, animations, artwork, character portrayals and so on. Offering all of this content through digital downloads and digital markets rather than as a box, book, disk package would help keep costs down and distribution high.

In the future, smaller is going to be better. At least, that is how I see the market moving forward.